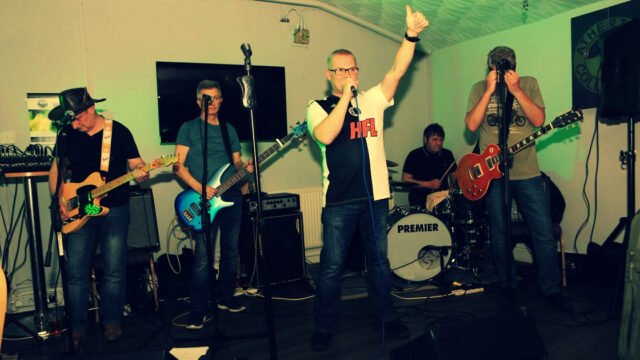 Atherton Collieries would like to officially announce our 2021-22 End of Season Awards night, to be held following the Morpeth game on Saturday 23rd April.

We can also confirm that Stripes favourites Johnny Foreigner will be providing live music for the evening, with an ever reliable assortment of pop, punk and indie classics. Front-man Gordon Shaw is a regular supporter of the Black & Whites at home and away, and promises to put on a great show for the Skuna faithful.

Alongside the live music, our annual Player Awards will also be announced on the evening. There will be four awards up for grabs on the night, with Player of the Season selections from the Players, Manager, Committee and Supporters. Our end of season review video will also be premiered during the awards ceremony.

Voting for the Supporters’ Player of the Season Award will be open on Saturday 16th April before the game against Warrington Town. Supporters will be asked to rank their top three players of the season, with the player accruing the most votes receiving the award.

Online voting is also open for the Supporters’ Player of the season award, and will close at lunchtime (12:00 GMT) on Sunday 17th April. Supporters are asked to only vote once for their choices, duplicate votes through both online and in-person will not be counted.

Online votes can be placed through this form:
forms.gle/mnwqC8bbySTQki788