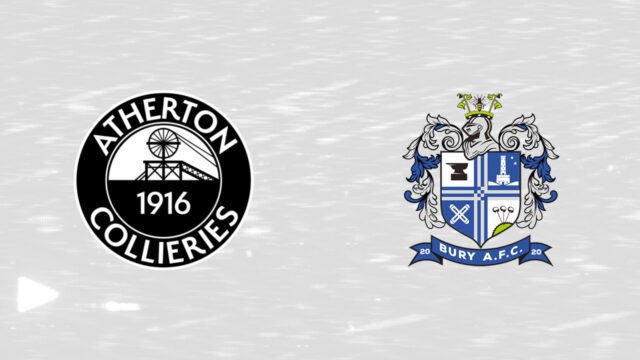 We are excited to confirm the addition of a friendly with Bury AFC to our pre-season schedule, to take place at the Skuna Stadium on Tuesday 5th July.

Bury AFC are a fan-owned club formed following the expulsion of Bury FC from the football league in 2019. Under the management of Andy Welsh and playing their games at Radcliffe Borough’s Stainton Park, last season Bury AFC lifted the North West Counties First Division North title in their first full campaign.

There may be familiar faces on show for eagle eyed Colls fans, with Jake Kenny and Krissy Holt both playing key roles at Stainton Park over the last season, a popular duo at the Skuna Stadium with a combined total of 277 appearances in the Stripes between them. Other recognisable names in last year’s Bury AFC squad to have also featured for the Collieries include Danny o’Brien, Jimmy Moore and Ben Wharton, and we look forward to giving them all a warm return to the Skuna.

Ticket details will be confirmed in due course.