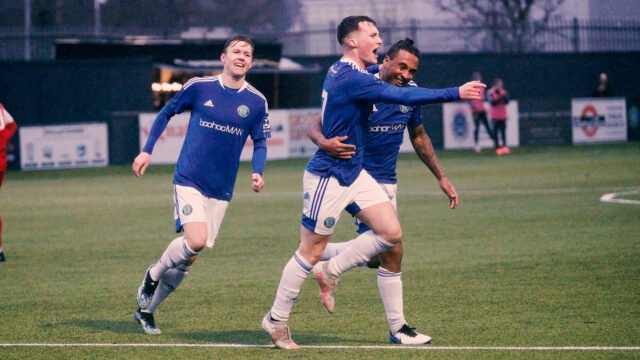 Atherton Collieries can today confirm the signing of Max Bardsley-Rowe from Macclesfield FC, on an initial short-term “loan” agreement.

A versatile player who is comfortable in any position alongside the right-side of the pitch, Max Bardsley-Rowe began last season at Irlam, scoring twelve goals and securing two Man of the Match awards over 19 appearances before signing for the Silkmen, where he made a further 18 appearances, scoring once alongside a further Man of the Match award, as Macclesfield went on to lift the North West Counties Premier Division.

Speaking on the signing, Manager Brad Cooke said:
“I chased max when he was at Irlam, but unfortunately missed out when he chose to sign for Macclesfield. The opportunity has now come around for us to sign him, and we’ve snatched at the chance!”

“Max has incredible pace, and is a powerful lad who can play in a number of areas. He lives locally too, and most of all he’s a lovely lad, it’s a great move all-round!”