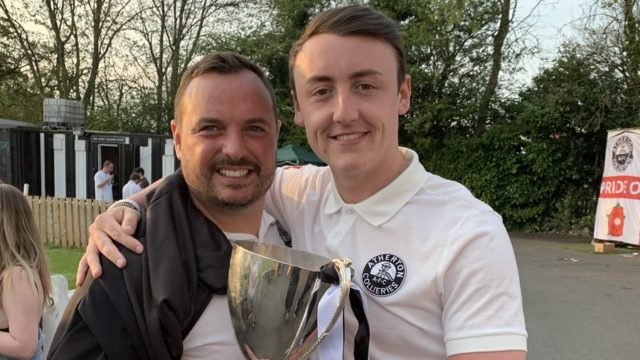 News on the management team as Cameron Foster comes in to become General Manager; responsible for our scouting, match analysis and helping from time to time with training. Fans may be unfamiliar with the work Cameron performed last season, watching and producing reports on our opponents, he was a key figure behind the scenes.

“Cameron came in last season with no official role, he did a bit of everything and to be honest he didn’t know what he wanted to do as he had just progressed at work, so commitment was an issue.”

“Towards the end of the season he became a lot more familiar with the staff and players and was really keen to get involved. He loves drilling into the detail and as everyone knows behind the scenes now, we are more prepared than ever for games. Our staff now, really are an unbelievable bunch. In Baz (Aktins) we have a coach who has transformed us as a team, he doesn’t get enough credit for that. Then in Cameron we have someone who really wants to work with the analysis guys and the scouts to help build game plans with myself and Healdy. It’s really exciting times here at Colls”.

Looking forward to getting started in the role, Cameron himself added:

“We are all eager to get the new season under way and planning has gone extremely well so far, both on and off the pitch. Last year was great for me to learn about the club and the people, to now come in from the start of a season is very exciting to see what we can achieve. The lads are quality and the staff have built something special here, I hope to add to that and help the Colls on their way.”