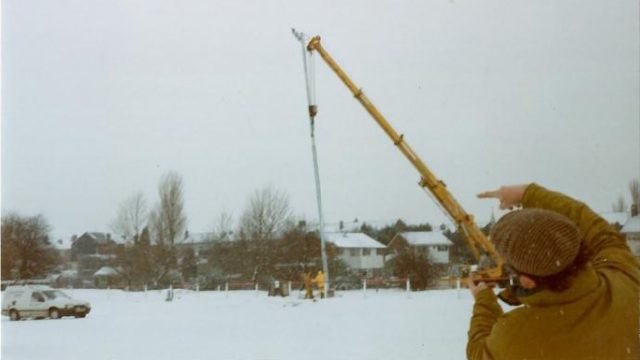 Snapshot – In The Bleak Midwinter

During the winter of 1993/94 the club embarked on perhaps the biggest project in its history – floodlights. Long term floodlights were required to stay in the non-league pyramid. The installation opened up potential promotion to the NWCFL First Division (if you finished in a promotion position) and entry to the FA Cup which was then still the greatest cup competition in the world.  The committee worked long and hard over the winter (without unlimited resources) and in March 1994 ‘Alder House’ was lit up.