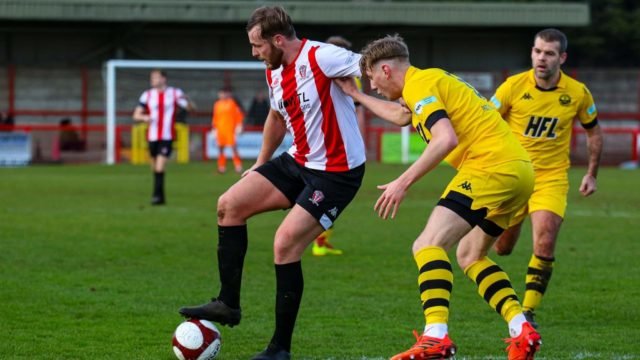 Colls returned to Wincham Park to face Witton Albion for the first time since their double FA Cup exit of 2000 and 2001. Finding a Witton side low on confidence and Colls having despatched high flying Lancaster City and Stalybridge Celtic recently, hopes were high from the travelling faithful.

It was the home side who started the brightest, a series of early balls into the Colls box failing to test the trio of centre-backs in Lafferty, Battersby and Thompson. On 17 minutes, Lafferty launched one of his trademark crossfield balls for Tom Bentham to collect. Bentham holding off his defender and playing a ball across the box for strike partner Louis Myers to delightfully flick into the far corner to open the scoring. Witton heads dropped as the first clear cut opening of the game nestled in the net.

On 39 minutes, Colls were to be architects of their own downfall as Bentham played a back pass from the half-way line that was latched onto by Danny Mitchley, the former Blackpool striker rounded Wharton and found a finish from an acute angle to level the game. The first half was a very even affair but Colls will be disappointed to gift Witton a route back into the game.

Within a minute of the second half, Colls were undone again, the goal coming so quickly many supporters were still ambling back from the social club. With no apparent danger, Danny McKenna produced a magic ball as his looping cross evaded Lafferty but dropped perfectly for Will Jones at the far post to head past Wharton and put Witton in the lead. A goal out of nowhere.

For the rest of the game, Colls pushed for the equaliser, Tom Bentham unlucky on 55 minutes when his rasping shot struck the base of the post. The closest we came to an equaliser was on 73 minutes when a scramble followed a corner, Niall Battersby heading down, only to see the ball cleared off the line as the Colls fans behind the goal celebrated prematurely, the ball flew up and Battersby was again able to head the ball on target, only to see the ball cleared once more.

Colls threw caution to the wind, debutant Dylan Glass also added to the front line. A 93rd minute corner saw Wharton go forward as he did at Radcliffe on Boxing Day, as with all set-pieces in the game, Witton dealt with the danger, for the referee to call time. Colls will be disappointed with the scoreline but the game could have gone either way. 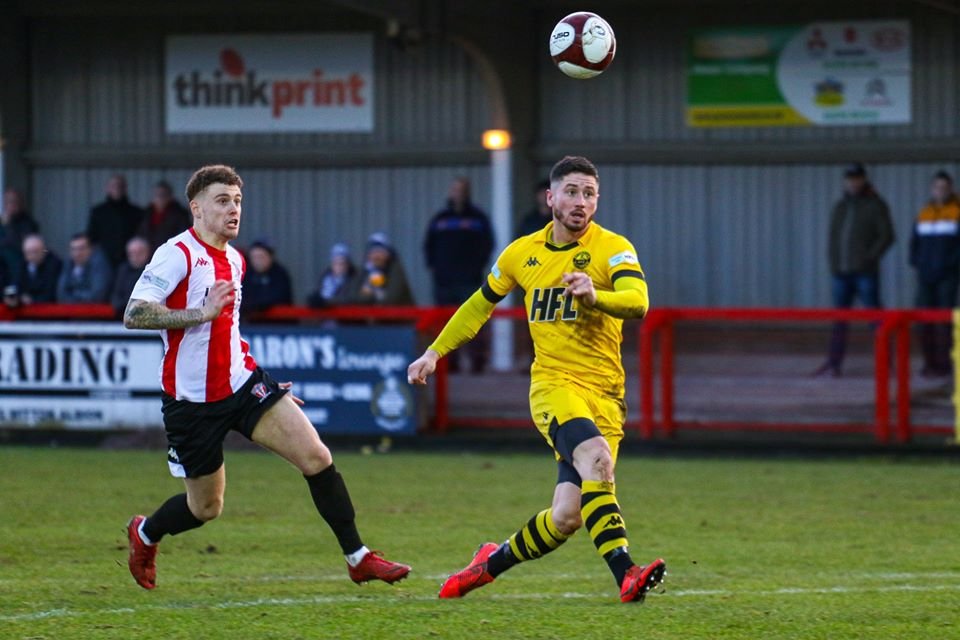