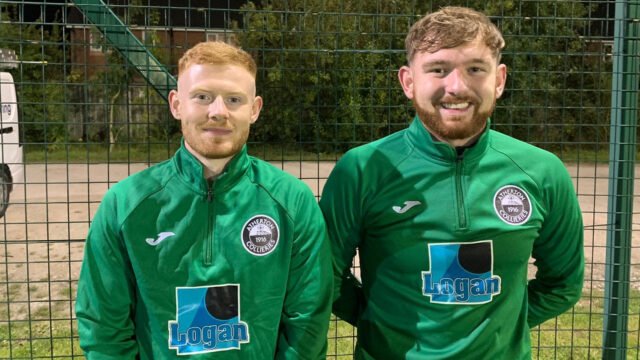 We are excited to announce a further two additions to the Collieries squad as we finalise our preparations for the first league match of the season.

Jack Bannister has officially signed for the Colls, having impressed both management and supporters alike with his performances as “Trialist A” throughout pre-season.

Speaking on the signing, assistant manager Rob Sadler said “Jack has impressed with his efforts over pre-season, especially with his attitude and application. He comes in with decent pedigree having played for Warrington Town and in the National League with Curzon, we are really happy he has agreed terms!”

Alongside Jack Bannister, we are also happy to announce the signing of Ellis Roberts from Southport. Having initially started out as a youngster with Lancaster & Morecambe College, Ellis has since plied his trade in the United States for Chattanooga and the Alderson Broaddus Battlers, and joins the Colls to help bolster our defensive ranks.

Both players will go into the squad for Saturday’s clash with Scarborough, which is a 3pm kick-off at the Skuna Stadium. Ticket prices are £8 Adults, £5 Concessions and £3 for U12s, supporters are encouraged to arrive early as capacity will be capped at 600.

We would like to remind all supporters to follow all current precautions at Saturday’s game, including social distancing, “track & trace” and the one-way system in place around our ground and clubhouse.