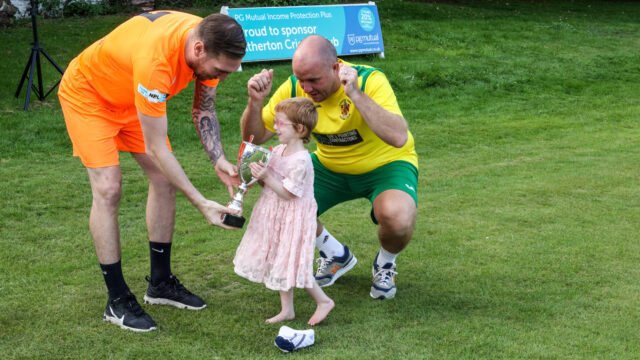 Last weekend, we received the heart-breaking news about the passing of Holly Prince. Atherton Collieries can confirm that will be remembering Holly with tributes at tomorrow’s game against Warrington Town.

Holly is the daughter of former Colls player Mark and his wife Jenny, and she battled a rare condition called Bloom Syndrome. Bloom syndrome is a disorder affecting just 300 people world-wide, characterized by short stature, a skin rash that develops after exposure to the sun, and a greatly increased risk of cancer.

Alongside a moment of remembrance before kick-off, this weekend’s issue of ‘The Carbon’ matchday programme has also been dedicated in Holly’s memory. We will also be raising funds inside the ground for a donation to the Prince family & appropriate charities.

Our thoughts have remained with the Prince family throughout this tough time, and Holly will always remain in our hearts.