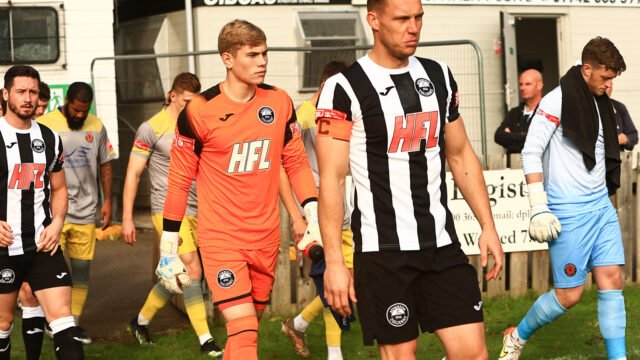 Atherton Collieries would like to place on record our gratitude for Hamilton Fabrications Ltd, who have departed as primary shirt sponsors following an historic seven year partnership with the club.

Hamilton Fabrications first became Colls primary shirt sponsors in 2015, following our promotion into the North West Counties Premier Division, with the distinctive red branding an instant success. The partnership made it’s first league outing for Nathan Battersby’s memorable late double-salvo at West Didsbury and Chorlton, and the iconic HFL Colls kits went on to oversee two league titles and two league cups won, as well as that historic run in the FA Vase.

We are beyond grateful for HFL’s contribution to the club over recent years, and we would like to express our thanks for their support.

Details of our incoming shirt sponsor, alongside the exciting new home, away and third shirts, will be announced in the imminent future.